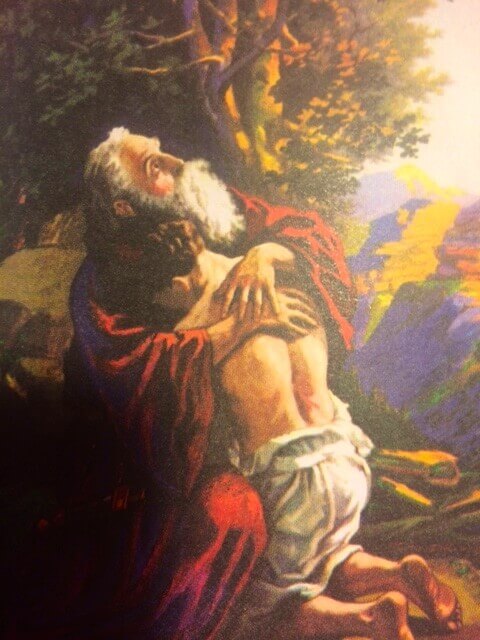 Hebrews 11:17-19a “By faith Abraham, when he was tested, offered up Isaac, and he who had received the promises was offering up his only begotten son; it was he to whom it was said, ‘In Isaac your descendants shall be called.’ . . . He considered that God is able to raise people even from the dead . . .”

Absolutely nothing is too hard for God! He can even bring life from dead places.

The other day a thought occurred to me. It seems like there are a lot of infertile women in the Bible who miraculously give birth. I suppose there are many more who become pregnant with no trouble, but it seems that the barren ones are constantly highlighted. Other than the fact that it is very interesting, why is that?

God made Adam and Eve and told them to populate the earth. But sometime over the years something went wrong in the human body and the ability to bear children became impossible for some.

Sarah, the wife of Abraham, lived to be ninety before she had the joy of holding a sweet newborn close to her breast.

Rebekah, the wife of Isaac, needed divine intervention to give her a son.

Rachel, the favorite wife of Jacob, also, went years without carrying a child.

Hannah, the mother of Samuel, begged the Lord to bless her with a son and promised to return the child to Him when he came of age.

Then there was Samson’s mother; the Shunamite woman who built the prophet’s chamber for Elisha; Elizabeth, the mother of John the Baptist; and, of course, there was Mary who gave birth to the Son of God while still a virgin.

As I pondered this interesting pattern, I wondered. Could it be that throughout the Bible narrative God was demonstrating that absolutely nothing is too hard for Him? If God can bring life from a womb that is dead, He can certainly bring life from other dead places too.

As humans we struggle with impossibility. While waiting for God’s life-giving answers we are often stretched in our faith. This struggle is not always portrayed in the Bible details, but anyone with an imagination can read between the lines.

Each woman who waited must have grieved deeply over her monthly disappointment. Each cycle brought new pain and anguish, and Hannah even endured piercing ridicule from her husband’s other wife. Her heart-wrenching anguish, like a torrential flood overflowing the riverbanks, is seen as her tears and prayers deluged the throne of heaven.

Yet faith is one result of God’s gracious delays. Abraham and Sarah, after twenty-five years of waiting, received the tiny fulfillment of God’s promise. Their faith skyrocketed and carried them through a future crisis when God commanded Abraham to sacrifice Isaac on Mount Moriah. I can imagine the internal struggle Abraham must have had. “Did I hear You wrong, LORD? Is there some kind of misunderstanding? Surely, you must mean something else?”

But after the mental rollercoaster was over, Abraham, in faith, came to a conclusion. God promised me this son. He gave him to us when Sarah and I were long past the age of childbearing. If the Almighty One wants me to sacrifice the child, then He must be able to raise the dead.

God does not always choose to answer the prayers of infertile couples in the way they would hope. But by reading these stories we can understand that God is still the God of the impossible. He can still bring life from the deadest of places.

This glorious truth is a blessing as we navigate a life full of hopelessness. Why were there so many stories about infertile women in the Bible? Maybe it was to move each of us to a greater faith in God for the situations we face.

The next time you are facing a situation that looks bleak at best and hopeless at worst, think of all the childless couples in the Bible who miraculously received the gift of a precious bundle. Remind yourself that your circumstances are not impossible for God. He can bring life from even the deadest of places.