Sins of Our Youth – The Mysterious Bean Caper 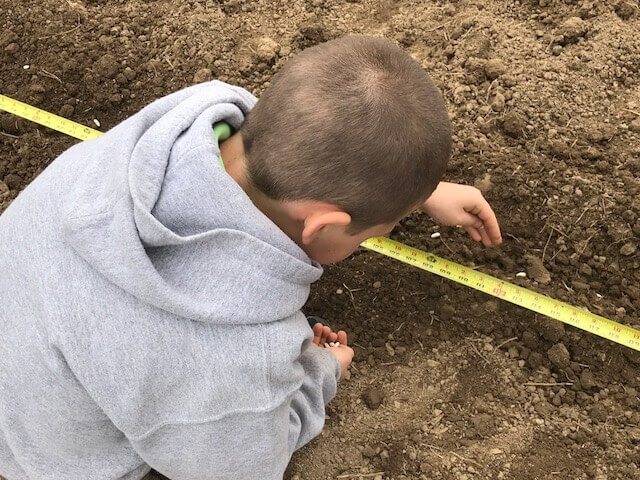 Sins of Our Youth – The Mysterious Bean Caper

Psalm 25:7 “Remember not the sins of my youth, nor my transgressions: according to thy mercy remember thou me for thy goodness’ sake, O LORD.”

I love my job! I get to know interesting people and often hear stories of times gone by. Just yesterday an older couple stopped in to see me at our office. They are regular auction goers and we have become acquainted over the years.

While helping them with business we had a very pleasant conversation. They told me about their growing up years in the 30s and 40s and how different life was back then. During the conversation Mr. Rhoads told me a humorous story from his childhood. This particular story proved to me that human nature has not changed throughout history.

Many years ago Kenny and his brother, Bud, were given the job of planting beans in their father’s field. They were each given a large box of seeds, which they were responsible to plant into neat rows.  This was an important job because their family relied on the produce from their garden for food throughout the year. Kenny tied his seed bag around his waist and set to work on his rows. But Bud had a better idea.

After working in the sun for a few minutes he decided to sit down under the nearest tree and rest. Kenny reminded him that time was getting short, but Bud just whiled the time away in peaceful relaxation. Finally Kenny finished his part of the job and started home. Bud got up to follow him.

“What are you going to do with the rest of your bean seeds? Kenny asked.

“Don’t worry about that. I have a plan,” Bud said.

He moved a flat rock that was sitting at the edge of the field, dumped all of the bean seeds on the ground, and covered them up with the rock. Feeling smug, he and Kenny went home.

Sins of Youth Given Away

A few weeks later their father came to them asking about the field because only Kenny’s half was producing plants. When questioned, Bud made the excuse that his bean seeds must have been deficient. But his lie was given away. For when their father visited the field to take a closer look he noticed that out from underneath the flat rock where Bud had hidden his seeds, bean plants were growing profusely.

Somehow, human nature causes many to think their sins can be hidden. But God knows all of our secrets. They are not hidden from Him. Thankfully He is a gracious God. That is why the Psalmist in today’s verse prayed that God would not remember the sins of his youth, but remember him according to His mercy.

Kenny, Pat, and I laughed at the memory from years ago. Much has changed from those days. Most of us don’t need to rely on our gardens for our yearly sustenance, but other things have stayed the same. We are all still sinners and God is still a merciful God.