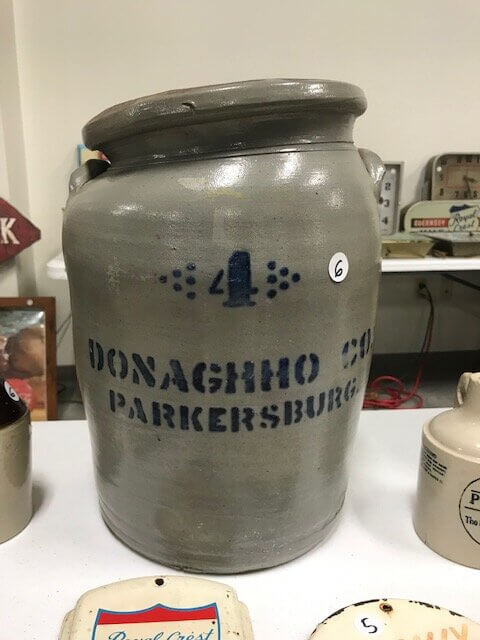 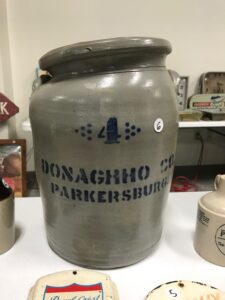 It was the master potter’s prerogative to keep this lopsided vase. It sold at auction for a handsome sum.

Sometimes I wish inanimate objects could talk. If they could I am sure I would hear amazing stories from the past that would explain a lot of things. But sadly we are often only left with speculation. The explanations of why things are the way they are remain a mystery locked up tight in the forgotten history of those who have gone before. One of these conundrums is the decision of a master potter.

At a recent auction some puzzling questions came to mind. A number of antique pottery jars were displayed in rows on a table. But upon closer look I noticed that one jar was different than the rest. This particular vessel had a lopsided top.

Our auction manager told me that a craftsman would place rods on the newly processed jars in order to stack them until they cooled down and fully hardened. It seemed that in the process this particular jar had become misshapen. Usually these “mistakes” would be discarded, but for some reason the potter decided to keep this one. Now, many years later, the misshapen jar was sitting on a table amongst many other antiques waiting to be sold at auction.

Why did the artisan choose to keep this particular jar? I have no idea. The jar can’t tell me, but it was the master potter’s prerogative to make that decision.

The Lord sent the prophet Jeremiah to the home of a local potter. There, Jeremiah observed the craftsman spinning clay on his wheel. This potter, realizing his project was marred, chose not to keep it. Instead, he started over making the clay into a different vessel that would please him.

God used this creative trade to demonstrate a particular truth He wanted Jeremiah to pass on to the people of Israel. The Lord, as the Master Potter, could do what He wanted with the nations. At one moment He may plan to uproot, pull down, or destroy a particular nation. Yet if that nation would turn from evil, He as the Master Potter had the prerogative to relent concerning the impending calamity. Likewise He could choose to tear down a kingdom He previously planned on blessing if they did evil in His sight.

Jeremiah conveyed this example and message to the men of Judah as a warning. God was fashioning a calamity to be brought against the inhabitants of Jerusalem because of their sin. But if they would turn back from their evil and reform their ways He would change the outcome.

Sadly, the hearers ignored God’s words spoken through the prophet. Instead they said, “It’s hopeless! For we are going to follow our own plans, and each of us will act according to the stubbornness of his evil heart.” With these words they sealed their fate.

We Are The Master Potter’s Handiwork

We also, are the Master Potter’s handiwork. While sin has spoiled the perfection in which humankind was originally made, God continues to speak the message of redemption. We have the choice to obey and follow Him. If we do, despite our flaws, He has promised to restore us and give us great worth in Christ.

By grace He will take an unworthy vessel and give it honor. Like the misshapen pottery jug, the Lord will gladly display us on the front table with all of His prized handiwork. Why? I really don’t know other than He loves us, it brings Him glory . . . and it is the Master Potter’s prerogative.