The God Who Sees You When You’re Lost and Alone 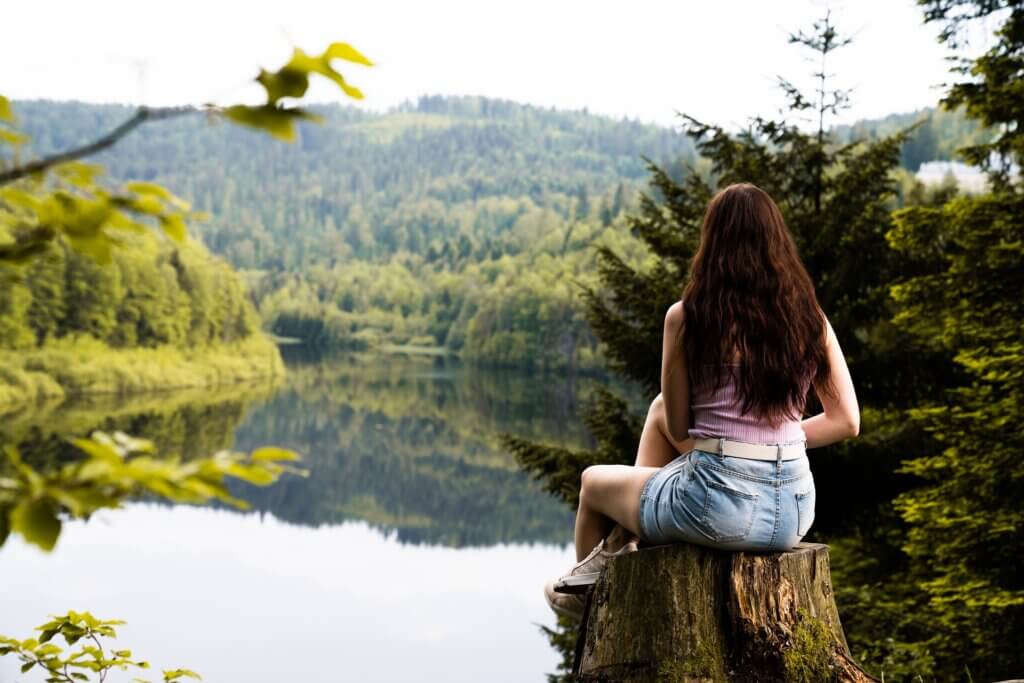 The God Who Sees You When You’re Lost and Alone

Have you ever been dropped down into the middle of a difficult situation and wondered, “How in the world did I get here?”

No matter how hard we try we can’t control all of our circumstances. Sometimes things just happen. Other times people make unfortunate decisions that force us to make other difficult decisions. Before you know it you are in the middle of a harsh and complicated wilderness desperately trying to find a way out and feeling quite lost and alone. But thankfully, no matter the scenario the God Who sees will make a way through.

Hagar, a young Egyptian girl, found herself in just such a situation. She worked as a maid for an important man’s wife. Sarai, her mistress, had no children. God had promised Abram, Sarai’s husband, that he would be the father of many nations and that the whole world would be blessed through his offspring. But as of yet Sarai remained childless.

As Sarai thought through her dilemma she determined it would be best to fulfill God’s plan another way. According to marital customs of the times she insisted that Abram take Hagar as a secondary wife and father children through her. Abram complied and Hagar, through no choice of her own, found herself sleeping with another woman’s husband and pregnant with his child.

It is hard for me to imagine the varied emotions of all involved in these unfortunate events, but the Bible tells us the results devastated many. Hagar despised her mistress. Sarai blamed Abram. Abram told Sarai to do whatever she wanted to Hagar. And ultimately the baby born was not the chosen son.

Things became so bad that Hagar ran away into the desert to escape Sarai’s harsh treatment. The unsympathetic sun drove her to a spring of water where she collapsed and bemoaned her future. How in the world did she get to this place of an unplanned marital relationship, an irate first wife, morning sickness, and no one to really love her? Did anyone even know where she was or care if she died?

But in the midst of her dejection a beautiful thing happened! The angel of the LORD found her and spoke to her. He called her by name and asked, “Hagar, Sarai’s maid, where have you come from and where are you going?”

Hagar poured out her heart to this caring stranger who gave her some instructions and a blessing. “Return to your mistress, and submit to her authority,” he said. “I will greatly multiply your descendants so that they will be too many to count.” “You will bear a son and call him Ishmael. I have given heed to your affliction.”

The God Who Sees

Hagar called the name of the Lord, El-Roi meaning, “The God who sees.” God had found her. He knew her name and her situation. He saw her son before he was even born. And He gave her hope for her future despite the mess she had been dropped into. What an encouragement this must have been to a rejected young mother who had no control over her life’s circumstances!

It gives me hope for my life. Although I like to take control and plan my way, too often things occur that can’t be accounted for. Like Hagar, each of us will, at one time or another, find ourselves in a harsh and confusing wilderness wondering how in the world we got there. But no matter the difficulty, no matter the heartbreak, we are never invisible. The God Who sees gives heed to our affliction.

So take courage, lost and lonely one. Your question, “How in the world did I get here?” and your fears about the future are unfounded. Listen for the voice of El Roi, the God who sees. He will come to you. He will comfort you. And He will give you a way through the wilderness.

Click Genesis 16 to read more about the God Who sees.

The God Who Sees