Come to Me All Who Are Weary – The Divine “Handler” 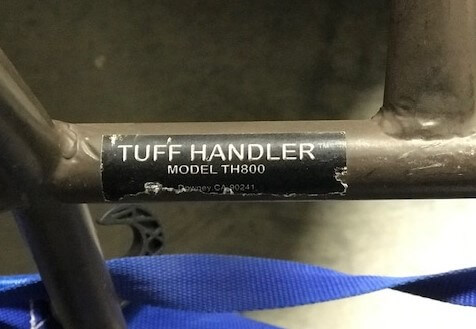 Come to Me All Who Are Weary – The Divine “Handler”

“Come to me all who are weary and burdened, and I will give you rest.”

Sometimes I get so tired from all of the heavy affairs life deals out. Some situations seem too huge to maneuver. They weigh a person down, and often the pressure magnifies smaller irritations. Like pesky mosquitos on a hot day, inconsequential daily frustrations pester a struggling person until they want to scream and drop the whole load. It’s easy to try to shoulder all the weight on our own, but I’ve discovered a much better idea. Before life gets overwhelming it’s time to call in “The Handler.” He says, “Come to Me all who are weary. I will give you rest.”

This past week we had a three-day conference held in our company’s facility. On Thursday I realized that the guys who usually remove tables and chairs and clean for the next event were tied up at another job. So since we had another group coming in on Friday, I decided to start the cleanup process alone.

I grabbed the rolling racks and began to fold and load the numerous chairs and tables filling the building. Trickles of sweat ran down my back and my arms ached, but I labored on. After a number of hours I filled all of the carts, but there were still quite a few tables and chairs left. One by one I tried carrying them to the closet, but they were so heavy and I was so tired. I didn’t know if I was going to be able to finish. That’s when I saw it!

Sitting in the corner sat a huge doublewide dolly. The tag on the crossbar called it “The Handler.” This piece of moving equipment was exactly what I needed. I wheeled it over to the remaining tables, loaded them one by one, tipped it up and transported the unwieldy items to the closet with ease. I repeated the process three or four more times to finish the job. If only I had found this handy piece of equipment sooner, my workload would have been easier and my body less worn out.

Come to Me All Who are Weary

As I moved back and forth with the tables and chairs, I thought about Jesus’s promise in the book of Matthew. He said, “Come to me all who are weary and burdened, and I will give you rest.” The words felt like soothing ointment over my exhausted soul.

When our minds work so hard to solve problems and create meaning for difficult circumstances we fall prey to discouragement and burnout. At other times desperation sets in when our sinful nature overpowers all our efforts to live well and do good. Day after day we cart these heavy burdens around hoping to find relief. But often it’s just too much!

Yet all along Jesus stands beckoning us to come to Him and let Him carry the load. He is the perfect divine “Handler.” Not only does He have the power but also the wisdom and knowledge to deal with whatever we face. He never becomes weary or feels confused. His understanding is inscrutable. He paid the penalty for sin on the cross, and He longs to lift the weight we try so hard to carry on our own.

I wheeled the last load to the storage closet, and before I called it a day I took one final look at the piece of equipment that helped me finish the job. I am so thankful I found “The Handler” before I hurt myself or fell over from exhaustion. But I was even more grateful for the reminder that there is a perfect divine “Handler” waiting to carry all life’s burdens, big and small.

Are you weary and heavy-laden? Then come to Jesus and He will give you rest!

Where to Find Much Needed Rest for the Weary

Be Quiet, Sit Back, and Rest