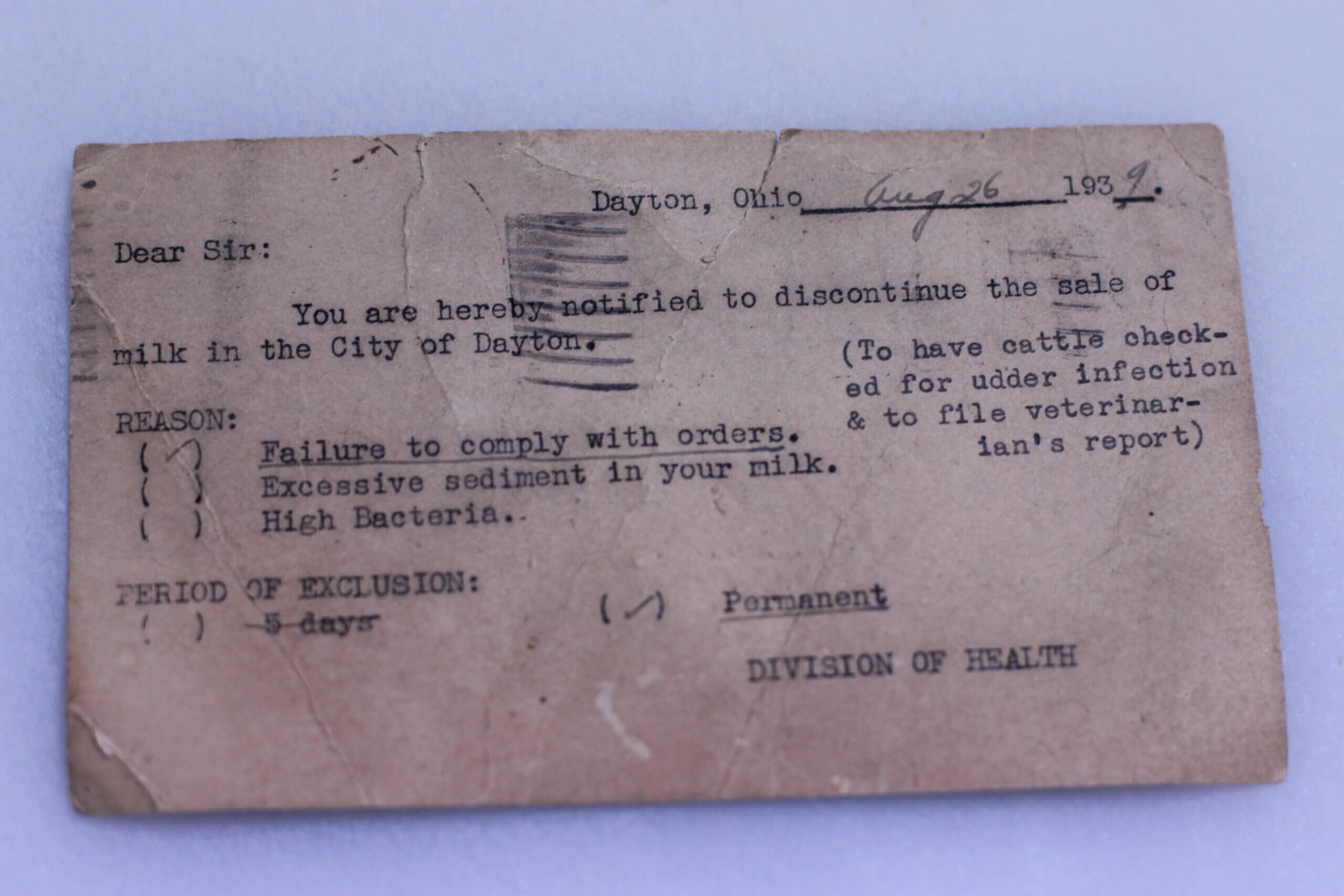 Numbers 32:23 “But if you fail to do this, you will be sinning against the Lord, and you may be sure your sins will find you out.”

There are always two perspectives to consider and two sides to every coin, so listen carefully because I have some bad news and some good news.

The bad news is that more often than not our indiscretions are remembered longer than we expect. Yesterday we held an auction containing some interesting primitive antique items. After the sale was over I walked around the Event Center to lock all the doors. While making my rounds a small brown card lying on a chair caught my eye. I stooped to pick it up. It was a reprimand written to a local dairy farmer for failing to comply with dairy regulations. The card was a notice to the farmer that his license for selling milk was being revoked. The year was 1939.

I can only imagine the embarrassment and hardship this brief notice must have created in the life of this farm family. But life goes on, and over time the violation and all it entailed were probably forgotten . . . until last Wednesday! Yesterday the infraction resurfaced, though I am sure the offending farmer never dreamed this small card advertising his oversight would show up again so many years later.

We may be intrigued by this piece of local trivia, but how many of us would like our decisions and actions of today brought to light many years later? Young people often post immature and inappropriate rants and photos on social media, never realizing that those foolish comments may come back to haunt them later. Potential employers and prospective marriage partners (or parents of prospective marriage partners) may judge you based on these indiscreet posts. These things never go away and you can be sure that even those written thoughts you think you’ve hidden will eventually be found out.

But there is some good news. When a person chooses to make wise decisions and do things in an appropriate manner, these will also trickle down to posterity. A stellar example today may become the turning point in the life of someone from a future generation. An act of kindness will make an impression on someone who will be encouraged to follow you example. A wise decision may help establish your future success. People are watching your every move.

So think long and hard before making decisions or acting unwisely: how you handle yourself today may somehow show up at auction eight decades later. And whether that’s bad news or good news depends on you!