God’s Way to the Top is at the Bottom 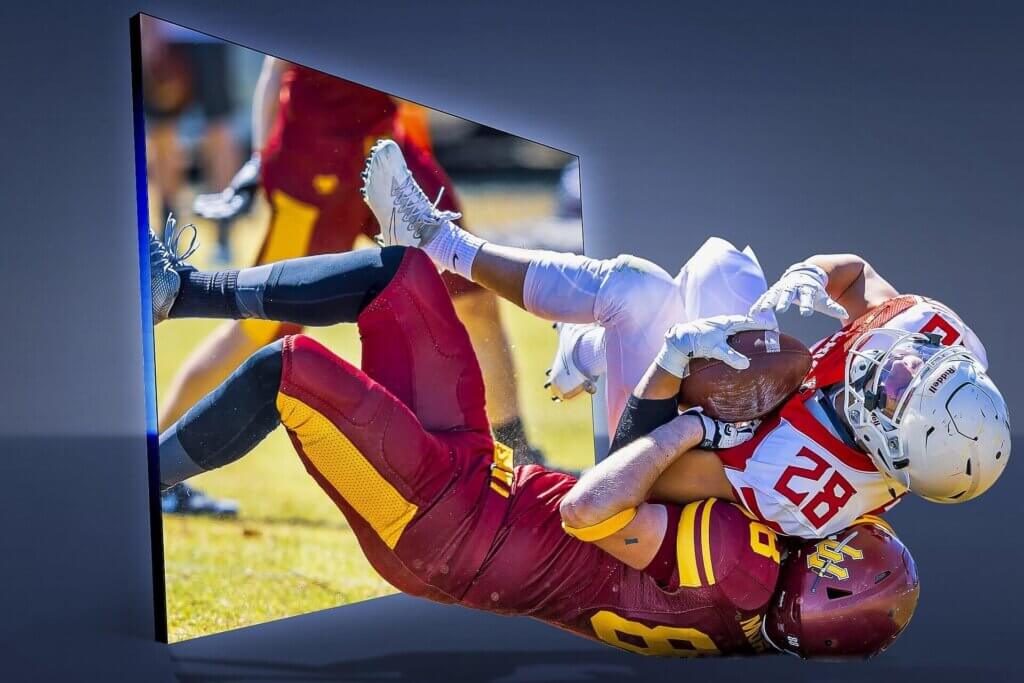 God’s Way to the Top is at the Bottom

How does a person make it to a place of prominence? Our world would say you do whatever it takes to fight your way to the top. But in God’s economy the way to the top is at the bottom.

Fall Sunday afternoons bring to mind so many peaceful feelings: enjoyment of a warm scrumptious meal with family, encouraging conversation around our large, Amish-made dining room table where everyone feels satisfied and loved, walks with good friends down a country road lined with glorious trees of changing colors, and the soothing sound of the football game droning on while I drift off to sleep in my comfy chair until the punctuated cheers of the sofa fans startle me out of my slumber.

Avid football fans have always intrigued me. These devoted followers wear the gear, decorate the house, scream encouragement, and rarely miss a game, always hoping their team will win.

Desire to be at the Top is a Natural Human Craving

This particular desire to be on top seems to be a natural human craving in more than just the realm of football. We often strive to be the best in our class, top achiever in our work, highly recognized in our circles, record breakers in our sports, and even sometimes the most respected in our churches. How else does one become successful if he or she doesn’t shoot for the top position?

More than once Jesus’ disciples expressed their desire for a place of prominence in God’s kingdom. One day James and John approached Him and solicited Jesus to do what they asked: give them the seats of honor at His right and left side in glory. Jesus told them they did not understand what they were asking. Could they drink the cup He had to drink? Could they be baptized with the baptism with which He was baptized? Even though these audacious men thought they could, Jesus informed them these positions were not His to give. Of course, their request annoyed the rest of the disciples who also wanted these positions of honor.

So Jesus called the grappling men to Himself and taught them a different method of becoming great than the world proposed. His route to the top was not by pushing yourself ahead. Instead, it involved lowering yourself to the status of a servant. He, Himself, would be the greatest standard of this manner of living. For the Son of God, the Creator of all the earth, came to this world not to be served, but to serve and to give His life as a ransom for many. Anyone who was to be His disciple must follow His example.

In God’s economy, those who push themselves forward end up last. And those who take a back seat end up first. What a contrast to how we normally structure our lives! Instead of using all our resources to become the top dog and call all the shots, we are to humble ourselves and use our resources to serve others.

I know Autumn Sunday afternoons will always hold a special appeal for football fans. And I will probably always love the drowsy sound of the TV announcers calling the game. But when you nestle down on the couch to cheer your favorite team to the top of their division, make sure you don’t carry the mindset into the rest of life. If you want to be a follower of Jesus the way to the top is at the bottom.