Knowing Christ – Getting What You Want Despite the Mud 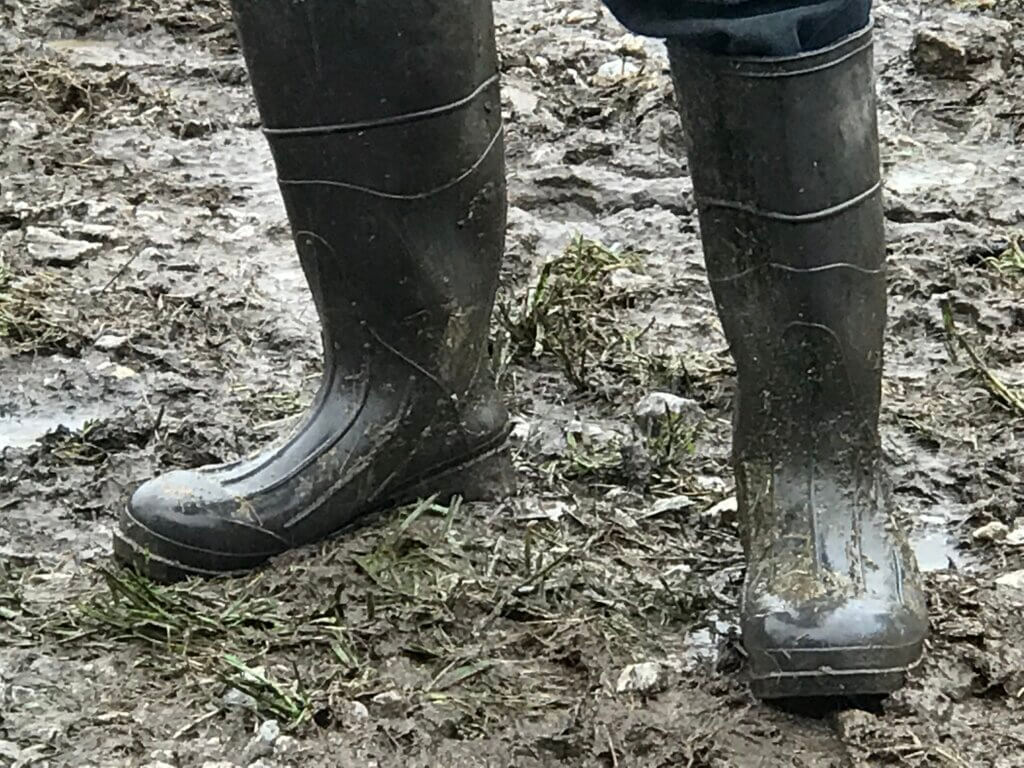 Knowing Christ – Getting What You Want Despite the Mud

Philippians 3:8 “More than that, I count all things to be loss in view of the surpassing value of knowing Christ Jesus my Lord, for whom I have suffered the loss of all things, and count them but rubbish so that I may gain Christ . . .” 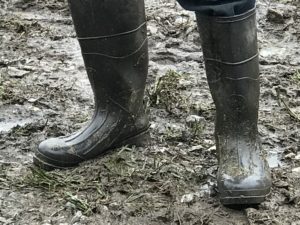 When you really want something you will slog through the mud to get it!

The patter of rain on our farmhouse’s metal roof is usually a comforting sound – especially when you can curl up on the couch with a good book. But this past Saturday the very same sound was less than cozy. We were scheduled for a farm machinery auction and visions of hot tea and fluffy blankets were replaced with visions of rain gear, rubber boots, and trying to maneuver in a slippery porta-jon. I knew we were in for a muddy day!

Upon arrival I parked my minivan in what I hoped was a place for easy exit. Spinning tires and a filthy bath were the last things I wanted at the end of the day. We set up our computers, adjusted the barn doors to keep rain from blowing onto our equipment, and settled down to wait while watching the farmer scatter large gravel over the worst spots.

Soon the men began to arrive. One after one the poncho-clad auction goers stepped up to receive a number. At 10:15 the auction was on and the crowd gathered around the small items in the barn and then braved the raindrops to congregate at the big equipment parked in the field. By early afternoon all the items were sold and  either hauled away or arrangements made for later pickup. Despite the storm the day was a success.

“Why would so many leave their cozy homes to slog around in the mud?” I asked myself. My conclusion was that when you really want something you will go to great lengths to obtain it.

The Apostle Paul suffered many things as he served his savior, Jesus Christ. He was beaten, shipwrecked, left for dead and much, much more. But he kept on. His losses, including reputation and good standing with religious leaders of the day, were nothing to him as he went after what he wanted.

He wanted to know Christ and was willing to slog through all sorts of mud to get Him!

What about us? Do we want to know the Lord Jesus Christ with such passion that we would be willing to suffer like Paul did? Are we satisfied only with safe, warm, cozy, dry days where we can sit in church and sing exciting worship songs? Or are we willing to do whatever it takes to know Him in a real way even if it means trials and hardships?

The farmers who wanted a piece of farm equipment came out to the auction despite the weather and muddy conditions. Hopefully many left with what they wanted.

So what do you want? Like the Apostle Paul and the wet farmers are you willing to do what it takes to get it?